July 24, 2016
Thousand years ago, in Southern Sumatera, there were two kingdoms that were always in fight. The kingdoms had never been in peace since they were built. There were always problems happened between the kingdoms. Those kingdoms’ name were Hulu kingdom and Hilir kingdom. One afternoon, in a bright day, the king of Hilir kingdom together with his trusted people walked to one building called Pendopo. There, in Pendopo, the king and his people were planning to have an important meeting discussing about their plan 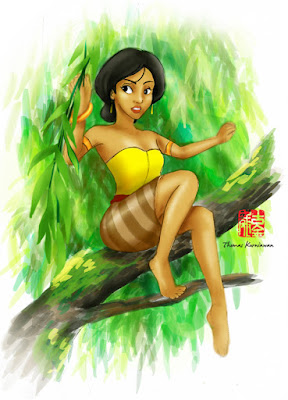 “Are we really ready?” asked the king to open the discussion
The commander of the kingdom stood then bend to show some respect to the king and the he said
“My majesty, our troop are ready to deploy!” The commander said in a very promising voice and his hand pointed at the hundreds of soldiers that were training at the palace’s yard at that time.
“Hmm” said the king. He, then, walked outside the Pendopo to look how well his soldiers training by himself. Behind him, the commander with all his pride told the king that Hilir kingdom would surely won the battle. He told the king that the soldiers were more than ready to play the sword and spears in the bloody arena. The king look amazed by what his commander said then he raised his hand in front of the training soldiers as a sign to stop from what they were doing.
“My dear soldiers!” said the king proudly “I have seen with my own eyes how well and brave you are. I have also seen with my own eyes how ready you are to take the glory and take whatever is ours. The victory is there awaiting us. We shall be ready. Tomorrow! We shall march to the Hulu kingdom and show them who we really are”
“Booyah… Booyah…Booyah!!!” exclaimed the flock of soldiers

Tomorrow morning, at dawn, the commanders, and the soldiers were set off to Hulu kingdom using a big ship. They brought all their sword and spears and they also brought with them a lot of foods. They were sailing the sea in silent, they tried not to advertise their presence to their enemy. Meanwhile, in the Hulu kingdom, the watcher soldier that was in duty saw something suspicious in the sea. He then hurriedly run to the kingdom to tell the kingdom. The King Hulu smile as he heard what his soldier told him.

“Prepare the soldiers. We should give them warm welcome” said the king Hulu. Then hundreds of soldiers were marching to face the Hilir troops. The Hulu’s soldiers outnumbered the Hilir’s soldiers. The Hulu kingdom actually had long known about this attack and had prepared to deal with it. When Hilir’s soldiers arrived at the border of the Hilir’s Kingdom, they saw nothing and they thought that their plan to given their enemy a sudden attack went successfully.

They then walked to the forest heading to the Hulu’s palace but before they even saw the top of the palace building, suddenly the Hulu’s soldiers ambush appeared and attacked them. The number that they never expected before made the Hilir’s shocked and after the intense battle between those two kingdoms, the Hilir’s soldiers did not get what they wish to get when they were training the day before. They were defeated.

The Hulu’s soldiers were shouting in victory. The commanders from the enemy kingdom had all been executed and so had the soldiers. They headed home in pride. Meanwhile, in Hilir’s kingdom, the king was awaiting in worry. It had been three days since the day they left the kingdom and they yet gave him any news. The king knew that his soldiers did not gain the victory. Then he gathered all his commanders and also ministers to discuss about the problem.

“We haven’t yet hear any news from our soldiers in the arena. We shall not expect anything from them now. What should we do now? I am sure that they are laughing at us now and who knows that they may prepare for an attack now. What we should do now?” asked the king in a bitter voice

All people that were in the room said nothing. They were confused what they should say. They were acting as if they were thinking for the solutions while in fact they were all scared of the king’s anger. Then, suddenly…

“Father” a voice heard among the people and it is the voice of a very beautiful princess.
“Yes my dear daughter” answered the king
“Why it is not me coming to Hulu’s kingdom to revenge our loses” said her
All people in the room looked at the princess in shocked. Never had they thought that the princess that they knew would say such thing. And never had they known that the princess had such bravery in her heart.
“Never in my thought would I let you go there my dear Princess Kembang Dadar” said the king firmly
“But I can assure you that what I would do will give the king victory and even peace” said the princess
“I still say no because…”
“Father” the princess walked toward their father and took his father’s hands “I promise, nothing bad will happen to me. You can send your soldier with me but please just send two soldiers because I have a plan.”
“What is it?” asked the king

Princess Kembang Dadar then explained what her plan to all people in the room. The king listen to the plan carefully and then he nodded his head as the princes asked for his permission. Then, the next following day, the princess along with two soldiers set off to the Hilir Kingdom. The princess was disguised into a vegetable seller while the soldiers were disguised as farmers. As the princess reached the village and began to sell the vegetables all eyes of the people in the village were on her. Then the news was quickly spread until it reached the Hilir’s king ears. The King of Hilir that hadn’t yet married found it interesting and asked his soldiers to take the vegetable’s seller to the palace.

The vegetable seller then came closer to the prince, and she whispered something to prince’s ears. And as if being hypnotized, the prince agreed on what the princess said. Then they got married, and since then the kingdom Hulu and Hilir had never been in conflict ever again.