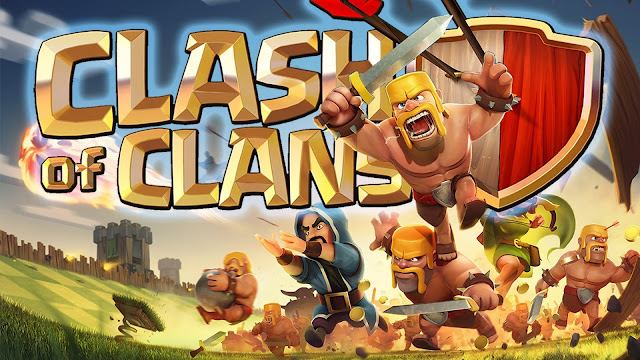 Clash of Clans is an online multiplayer game in which players build a community, train troops, and attack other players to earn gold and elixir, and Dark Elixir, which can be used to build defenses that protect the player from other players' attacks, and to train and upgrade troops. The game also features a pseudo-single player campaign in which the player must attack a series of fortified goblin villages.
To earn and store gold and elixir, players must build gold mines and gold storages and elixir collectors and elixir storages, respectively. Elixir is used to train new troops, carry out research in the laboratory to upgrade troops, to re-load X-Bows (available from Town Hall 9) and to build and upgrade certain buildings, mostly pertaining to buildings used in attacking another player's base. Gold is used to build defensive building and to upgrade the town hall, which allows access to more buildings and higher levels for existing buildings. At higher levels, dark elixir becomes available; this type of elixir is used to train and upgrade dark elixir troops and heroes, create dark spells, and fuel the Inferno Tower, a defensive building that is available only at Town Hall 10. To earn and store dark elixir, players must build dark elixir drills and dark elixir storages.
There are a number of buildings available to the player to defend their village, including cannons, mortars, bombs, traps, archer towers, and wizard towers. Players can also build walls, which can be upgraded as they increase in level
1.      What does the third paragraph talk about?
(A)   The available building to attack other villages
(B)   The available buildings and characters to defend players’ villages
(C)   The available building to save villages from attacks
(D)   The step to build a defense on the village by using available buildings
(E)    The step to save the village from the attack by using defensive building

2.      The followings are what a player can do with their Dark Elixir, except….
(A)  Train building and build defences
(B)  Raise the level of a troop
(C)  Create a kind of spell
(D)  Protect a village by fuelling a defensive building
(E)   Upgrade heroes