April 28, 2016
So literally I just watched the newest Avenger movie yesterday. I was really excited as I have been waiting this movie to come out in Cinema. So far, I am not regretting spending my Rp 25.000,00 on the movie as it gives me really striking experience I won’t forget. Well today, in my blog (of course) I am going to give you my quick review about the movie, so you will have a general idea before you decide to set aside your 2.5 hours to sit in the front of big screen watching this. 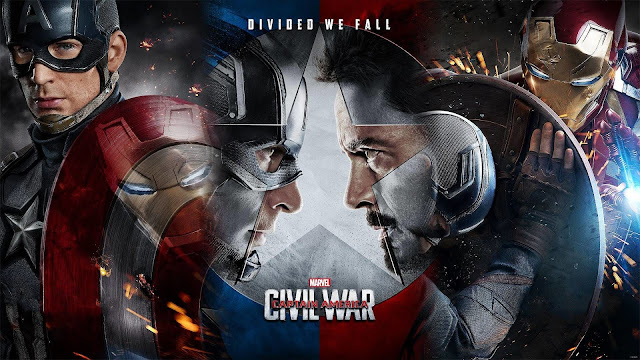 What is the movie about?
Well, I cannot give you a specific plot or a detail story of the movie because not only do I not understand it, but also I know that giving a spoiler about the movie is like letting your birthday friend know what you give him on the wrapped box before he ever open it. It is not a quite good thing to do, isn’t it?
Alright, as long as I remembered about the movie, I can state that the movie is showing you about the past life of Tony Stark. Well, in this movie, Tony Stark created a state-of-art technology enable people to reconstruct a past situation exactly the same as it was. It’s shown in the movie the past situation of Tony Stark he reconstruct using the technology is a situation where he had to see his parents for the last time. His parents were going to the airport at that time, but they had never made it. They were killed on the way to the airport.
Then the movie is also talking about some conflicts and battle happening in (I forget the name of the country) Africa where the Captain America and friends tried to knock down the bad guys, and as it can be predicted, they won. But it came at cost, Wanda (the beautiful cutie witch whose power is superficial) did something wrong. As she tried to beat the bad guys using her power, she accidentally threw her power to a full-of-people building and got many people in it killed. Wand was shocked and sad as well. Since then, Wanda was-under Tony Stark command-locked in a home or building (I don’t quite know it) with Vision. She won’t be allowed to go out of the house as she might use her power uncontrollably and harm others. The “imprisonment” of Wanda, then, become one of the reason why Team Iron Man fight The Captain America Team. But, it is not the major cause of the fighting. There is a major cause of fighting. It is about the Tony Stark’s approval toward an agreement about something that I also didn’t pay much attention on this part, so I can’t really tell what the agreement is about.

What is “weird” about the movie?
Ha-ha, I really feel weird on some scenes of this movie, like the scene displaying the appearance of a new superhero whose costume resembles The Cat Woman’s costume. I was laughing when he appeared in the movie. He dressed up like a human cat, and it looked so ridiculous.  I was like ‘what??????????????!!!!!!! I thought Cat Woman was not in the Marvel story book. So why does he appear then? Was he The Cat Man? If it’s yes, then it would be silly. Why there is always a female-version hero of every existing man hero. We have already had “Bat Girl”, “Super Girl”. Should we bother ourselves to have more girl-type of hero? LOL. Later I know that he is actually called Black Panther. It sounds racist to me. LMAO

The next weird thing is about SPIDERMAN!

What I Think about the Movie (IMHO)
Well, the movie is pretty intense. There were a lot of fighting in it. And also I like the plot of the story because it tells about something new, something unrevealed before that will make us drop our jaw in the last minute of the movie. The movie is really emotional, at least for me. I am really emotionally tied to the movie when watching it, like I did when I watched Mockingjay 2. There is a scene which makes me want to become the Iron Man and punched the Captain America to death. The scene is……….ops spoiler LOL.
The movie is, for me, less boring if it’s compared with Batman vs. Superman. I love the diversity of the heroes in the movie. It avoids the audience from getting bored. I also love how the heroes in this movie fight. I love the effects. I love the plot. I love everything, but the scene when they were chatting as it makes me sleepy.One thing I forget to mention is that I also love the saying they put on Civil War movie poster. It says "United We Stand, Divided We Fall". What the poster says is like the Indonesia Nationality Motto "Bersatu Kita Teguh Bercerai Kita Runtuh". I love this motto so much.
Well, if I am to score this movie. I am going to give 8.5 out of 10. Means? That you should get your ass off your chair and book a seat in the theater and enjoy the movie.
Alright then! That what I can tell you about the movie. I wish I can tell you a bit more. But as I am really sleepy and worn-out now, I think I won’t do that. I’ll catch some sleep instead. Well, thank you for coming by in my blog, I’ll see you in the next post. Bye Guys!