“You Should Buy and Read This Tempting and Intriguing Novel!” (The Girl on the Train)

March 09, 2016
Hi there. How are you? I am back again right now to give you a review of a book that I just finished reading about 15 minutes ago. It’s not a book actually, it’s a novel. But who cares? A novel is still a book, isn’t it? 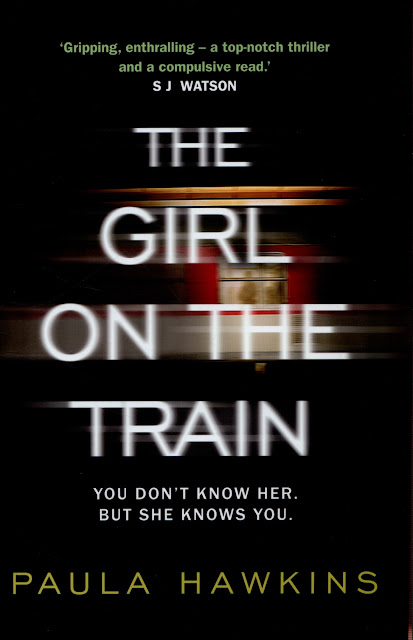 Well, the novel that I have been reading for more than a month (Ghosh, that such a bad habits of mine to read a book for a long time!) is “The Girl on the Train”. Well, I am sure some of you have heard about it or maybe have read it. And deep down in my heart, I will not be regret to spend a long time to finish reading the book as it successfully gives me a thrilling and anger sensation. Well, it may sound a bit too much and melodramatic but I think my feeling had not been so much involved whenever I read a book till I got this one on my hand.

So what is the book about?

Well, without any intention to give you a spoiler, I want to hand you, I mean to give a brief review about the plot of the story of the novel. The novel is talking about a life a woman who had been cheated on, and left by her husband. The woman is Rachel. The husband’s name is Tom. This fact has left her depressed and it was exaggerated by her being sacked from her workplace as she was caught being drunk at work (at this point I, as a reader, felt sorry for her because of her terrible habit).

As she felt depressed and frustrated, she would always take a train from Ashbury to Euston or from Ashbury to London (if I am not mistaken on this route). Well, the reason why she always took the same route almost every day was it helped her to ease her mind from the depression she had, but there was also another reason why she would do it, which was she loved to see the houses that she would see from the train as it’s moving. There were actually three houses (if I am not mistaken again) that caught her attention, house of a couple Jason and Jess, a house of a couple Scott and Megan, and a house of hers, well used to be hers when he was still living with her –ex, that was now occupied by her ex-husband and his new wife.

Well enough with the introduction, because you will have enough time to get more detail of it as you read it. The main complication or the main problem (as there are lot of minor problems actually in this novel) raised when one night, on a Friday night, Rachel as usual took a train and as she got off the train, she had some drink on the pub. Rachel was drunk and she couldn’t remember anything by the time she woke up in the following morning. As she woke up, she found that her arm was bruised and her lips were cut, but she couldn’t help herself to remember what was going on in the previous night. One thing that she remember was that she saw a man smiling at him from outside a train as she was heading to her home in the previous night. After that, she would call it as a blank memory, all was black, could not be recalled.

Then, she got news that a woman whose house was near the railway track, Megan, was reported to be missing on Friday night, the night when she took a train and drunk. It should not have been matter for her if not because the police visited her house and started to interview her as some witnesses that the police had interviewed previously stated that they saw Rachel was near the street of Megan’s house the night she’s missing.

Shocked as her name came up, Rachel tried to convince the police that she hadn’t do something that could harm Megan, and she also had no idea where she went or how she went missing. But as the police asked her what she was doing in the Friday night, and why she was near the Megan house, she could only tell or remember that she was going to visit his ex-husband house that’s only located four doors away from Megan’s. And when the police demanded more details, she could not give it as she could not remember. And when the police asked her whether or not she was drunk on the previous night, she didn’t confess that she was drunk, she only told the police that she had had some drinks. And later, she’s regret it.

Was Rachel involved on the Megan’s missing? Was she lying about going to ex-husband house? What is the relationship between Megan and Rachel? And who is actually the smiling man that Rachel saw from inside the train?

Well, I am not going to tell you that as I really encourage you to purchase that book and start to read it. Because I believe, as you read it, you will feel the tension that I was feeling while I was reading it. Well to be honest, I cursed and swore while reading it. How couldn’t I? The write is perfectly visualizing the characters of the novel, especially Rachel, the drunk useless unstable little bitch. She was so stupid and weak. I am sorry Rachel but you really got on my nerve. Urghhhhh! I hate and pity her at the same time.

Well, in my humble opinion, this novel is a really good novel to read and no wonder it becomes best seller. And rumor has it that it will be filmed this or next year. I cannot wait for it. Well I am not kind of a criticizer or those reliable book reviewer but if I am to score this novel, I will give 9 out of 10. Well, don’t take my score seriously but take this one very seriously “You should buy and read this tempting and intriguing novel!”
IMHO