Batman Vs. Superman, and What I Think after Watching It.

March 30, 2016
Good evening folks, how are you? Well, I am just want to inform you that I just watched Superman vs. Batman4 days ago, and I am going to voice my opinion about the movie. I am not going to give you the review or the plot about the story because I know that it will (maybe) annoy you. I mean “Who likes being given a spoiler?” So what you are going to read below is pure my opinion, just opinion no more neither is it less. 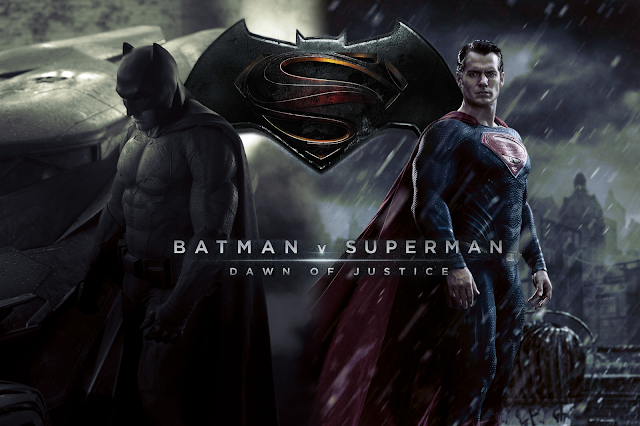 Well, I am not really excited about this “superhero vs. Superhero” movie, because I have never watched either Batman or Superman before, so I don’t know what the previous movies are about. The reason why I watched the movie is because my friends ask me to and I can’t refuse it, LOL. Sorry, it sounds that I am playing victim here. LMAO.

Skip, skip, and skip. I was sitting in the theater’s chair when the movie began. And in the beginning, I was presented with a story of mini Batman story, I mean the childhood of Batman when his parents’ got killed on the street, and also the story how he changed into superhero called Batman. Well, for me, who never watched the previous movie before, it gives me a little useful information enabling me to watch the movie without being confused.

THEN, the movie began. There are a lot of characters in the movies, and I can hardly remember who they are. They look the same for me, LOL. One thing that I remember is that I see Ben Affleck playing as Batman, Supeman, Superman’s girlfriend, Batman’s dad (Wait I think he is not his dad. I think he is his best friend, but he looks way Older. But what is the matter by having an older man as a best friend? Well okay, at this point I don’t know who he is.), psychopathic young man that looks familiar to me, and also the governor, or prime minister, I don’t remember.

There are lot of chit chat in the movie, which is actually important for us because it gives an important piece of information that can be useful for the next movie (I am sure there will be more movies of it). I admit that I was sleeping for about 5 minutes. I was really sleeping, not just closing my eyes. I didn’t even hear what they said, it was getting boring (for me) when we have to watch and listen for something we don’t understand for more than an hour.

Then, the thing getting exciting on the last 20 minutes of the movie. It is when the psychopathic young man summoned a giant, a giant goblin and it attacked the city. There was a lot of fighting that woke me up and open my eyes wide. The fighting was good, but not really good because it is too short and not really intense. The monster just came, destroy the city, Superman came, Superman was defeated, Batman came, Batman was defeated, Superman was revived, and so was Batman and they fought back. They still fought and they were defeated, then came another superhero (Ooopsss!!!!!! Did I just give you a spoiler? LOL, I am sorry. Sometimes I just got a mouth diarrhea). Well the last minutes of the movie is exciting (typical other movies though)

Well folks, that’s my opinion about the movie. Whether you want to watch the movie or not after reading it is your choice. Good Night!