February 01, 2016
Once there, in a village located in Tanimbar Island (Maluku), there lived a rich man with a wife and 2 children that had already been teenagers. The children were extremely spoiled by their father so that they became lazy conceited children. They lives were so dependent upon other people. There were a lot of servants at their home.
One day, the father passed away. Instead of being more mature because of the fact that they had no longer their father around, they were getting more spoiled. Their attitude toward their servants were not getting better. They often said rude words, and because of that all servants in their home felt that they couldn’t stay longer. They felt that they couldn’t accept to be treated in that way.
(To read the story in Bahasa Indonesia click here) 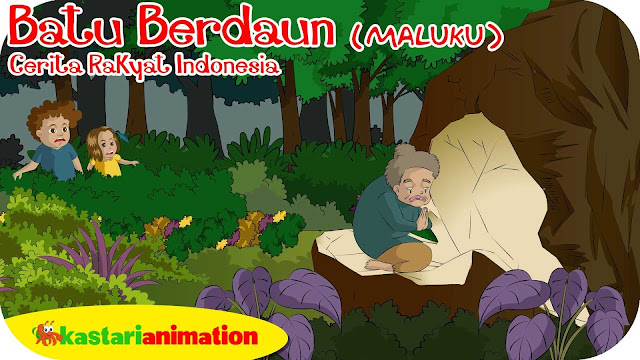 Then one day, all the servant left the home. Knowing that she had no longer people that could help her, the mother now took care of all the job at the house. Cleaning, cooking, watering flower, washing, were all done by the mother. Her children? They couldn’t really be counted on. The children treated her mother as if she was a servant. They often used rude word when they asked her to do something.

She was actually sad and angry every time she coped with the fact that her children treated her badly, but she couldn’t do anything as she knew that she had failed on teaching her children on how to behave. She remembered that she hardly taught her children how to appreciate others. She was only able to cry and regret with everything happened now.

One day, in the lovely morning, the children woke up from their sleep and suddenly they burst into a scream

Getting no response, they screamed again

After getting no response on their second scream, they got up from their bed and walked to the kitchen. They were now in anger, as they learned that there were no food served there. Then they looked for their mother in the house, but they found no one. Then they decided to go to the river, their mother might be washing clothes there.
The mother were washing the clothes in the river when suddenly there were a loud voice from behind.

“Mom!!! What are you doing? Why didn’t you prepare food for us” said the boy and he kicked the basket full of clean clothes.

“We are hungry, mom!!!” said the girl, and she gave a slap of her hand on her mother back.

There were some of people that also in the river that witnessed what the children did to the mother. Meanwhile, the children kept screaming and hitting her crying mother. Then, suddenly the mother stopped crying and said
“You two! You are my own blood! Your father has left you lots of wealth but believe me, they will be all gone soon. You had no respect for me, and now you are no longer my children. You can do everything you want to do now, because I don’t care anymore!”

“Dear stone, please open your body and let me in. Change me into a lovely flower that is as lovely as a jasmine”

Then the stone cracked open, and the mother went inside the stone. No longer after that, a beautiful flower grew on the top of the stone, a beautiful white flower.People on the river that saw it were crying and also angry at the same time to the children. They then drove the children out the village and they took all the remained wealth in the children’s house.
The children were crying as they had been expelled from their own house and also from the village. They walked to the river to see the stone. They wish the stone would open and they could come inside the stone to meet their mother, but they know that it won’t happen.  They regretted the way they treated their mother. They wish they could have changed it, but they knew they couldn’t. Now they had to leave the house and the village, and also they had to lose their mother.