Dancing with the Devil

January 31, 2016
The girl hurried through her schoolwork as fast as she could. It was the night of the high school dance, along about 70 years ago in the town of Kingsville, Texas. The girl was so excited about the dance. She had bought a brand new, sparkly red dress for the dance. She knew she looked smashing in it. It was going to be the best evening of her life. 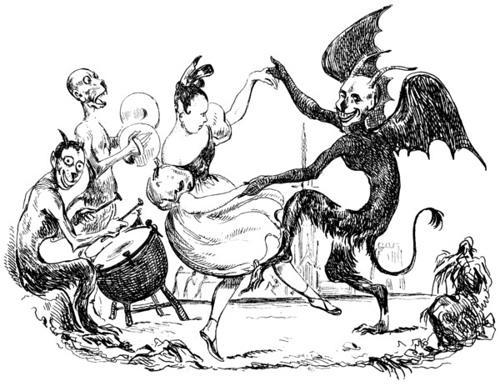 Then her mother came in the house, looking pale and determined.

"You are not going to that dance," her mother said.

"But why?" the girl asked her mother.

"I've just been talking to the preacher. He says the dance is going to be for the devil. You are absolutely forbidden to go," her mother said.

The girl nodded as if she accepted her mother's words. But she was determined to go to the dance. As soon as her mother was busy, she put on her brand new red dress and ran down to the K.C. Hall where the dance was being held. 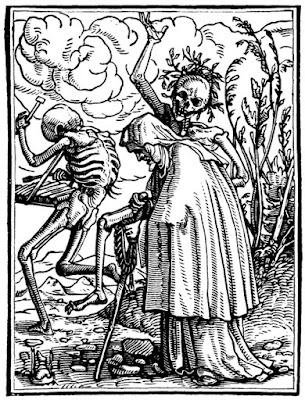 As soon as she walked into the room, all the guys turned to look at her. She was startled by all the attention. Normally, no one noticed her. Her mother sometimes accused her of being too awkward to get a boyfriend. But she was not awkward that night. The boys in her class were fighting with each other to dance with her.

Later, she broke away from the crowd and went to the table to get some punch to drink. She heard a sudden hush. The music stopped. When she turned, she saw a handsome man with jet black hair and clothes standing next to her.

She managed to stammer a "yes", completely stunned by this gorgeous man. He led her out on the dance floor. The music sprang up at once. She found hers

Then the man spun her around and around. She gasped for breath, trying to step out of the spin. But he spun her faster and faster. Her feet felt hot. The floor seemed to melt under her. He spun her even faster. She was spinning so fast that a cloud of dust flew up around them both so that they were hidden from the crowd.

When the dust settled, the girl was gone. The man in black bowed once to the crowd and disappeared. The devil had come to his party and he had spun the girl all the way to hell.