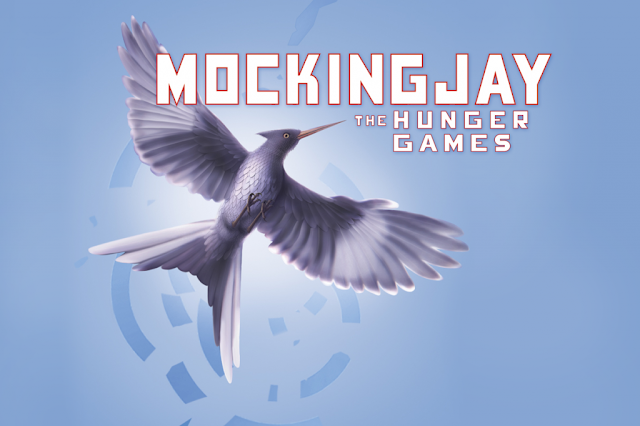 Mockingjay is a 2010 science fiction novel by American author Suzanne Collins. It is the last installment of The Hunger Games, following 2008's The Hunger Games and 2009's Catching Fire. The book continues the story of Katniss Everdeen, who agrees to unify the districts of Panem in a rebellion against the tyrannical Capitol. The hardcover and audiobook editions of Mockingjay were published by Scholastic on August 24, 2010, six days after the e-book edition went on sale. The book sold 450,000 copies in the first week of release, exceeding the publisher's expectations. It received a generally positive reaction from critics.

Collins has said that the main inspiration for The Hunger Games trilogy came from the classical account of Theseus and the Minotaur. In Greek mythology, as a punishment for the killing of King Minos' son Androgeos, Athens was forced to sacrifice seven youths and seven maidens to Crete, who were then put in the Labyrinth and killed by the Minotaur. After a while, Theseus, the son of the Athenian king, decided to put an end to the Minotaur and Minos's terror, so he volunteered to join the third group of victims, ultimately killing the Minotaur and leading his companions out of the monster's Labyrinth.

Collins has said that there are also many parallels between the Roman Empire and the fictional nation of Panem. She describes the Hunger Games as an updated version of the Roman gladiator games, which entails a ruthless government forcing people to fight to the death as popular entertainment. Collins also explains that the name "Panem" came from the Latin phrase "Panem et Circenses", which means "Bread and Circuses and refers to the strategy used by Roman emperors to appease the masses by providing them with food and entertainment.

1.      When was the hunger games book published for the first time?


3.      Which of the following statements is false according to the text?


A.     Catching fire was published after hunger games book


B.     Mockingjay novel was published before its e-book edition


D.    The selling of Mockingjay novels meets the publisher’s hope


4.      Where does the inspiration of Hunger games come from?


5.      What is the reason Why Athens was forced to give seven youth and seven maidens to be put in the labyrinth?


B.     As a form of punishment for the killing of Minos


D.    To kill the monsters in Labyrinth


7.      Why did the son of The King Athens decided to volunteer himself?


D.    To help Minos out of the labyrinth


8.      ….which entails a ruthless government. The word “ruthless” can be replaced with…


A.     Food and entertainment


10.  …by providing them with food and entertainment. What does word “them” refer t?