December 10, 2015
To read Part 1click here!  “Help! Help! Help! My children are gone! Screamed the woman when realizing that her children were nowhere to be found. The neighbors coming to the house and asking what happened. “What happened? What happened? What happened to your children?” asked people when reaching her house. That woman, then told what had happened, how she had asked her children to go inside the house as the day was getting dark, how the children refused her command, and how she realized that the children had gone. People that were in the house, then, called other people in the village to help them look for the children. Few moments later, many people had gathered in the woman’s house, and they bring torch and also tool needed to search the children. 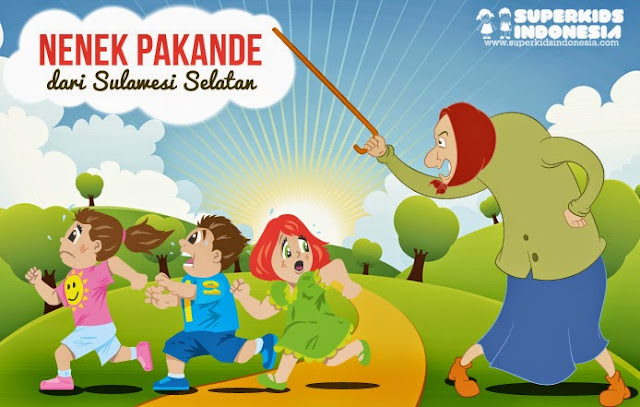 That night people in village began to investigate all the side of the village and also the forest near the village. Until late of the night, they found nothing. Then, as it is almost dawn and also because they felt tired, they decided to stop the investigation and continued in the following day.

The next day, in the night, when people had been ready to look for the children again, suddenly they heard a scream coming from a house that was not far from the woman’s house. Then they saw a man running towards them, screaming for help and when he reached the crowds he told that his baby had gone. He told that he and his wife fell asleep in the afternoon, but when they woke up in the night, and they checked the crib where their baby was sleeping, they found that their baby had gone.

People that heard the story of the man, then became worried about their children at their house. Then they came to their own house to tell their family member to make sure the safety of their children. They told their family members to shut both windows and door when they day was getting dark. And also to illuminate their house with enough lights.

Then, after that, all men in village was gathered in the town hall. All of them were talking about the missing children. Although they might be able to guess who had kidnapped the children, but they were still confused how to prove it.

When they were still discussing, suddenly there was a man that recommend the crowds to go to the Nenek Pakande house. Because it is not a secret that they had been suspicious about the old woman. Then a man spoke as they heard such recommendation

“Hey, don’t you know that the old woman had a magic power? Black magic? I am afraid that we can do nothing when we face her” said another man

“Yes that is right, she is siluman. A very strong siluman, I think. It is impossible for us, humans, to defeat that kind of creature. But, wait, I ever heard a story but I don’t know whether it is valid or not” said a voice from behind

“What the story?” asked the man impatiently

“Well, it is said that Nenek Pakande can only be defeated by a giant name “King Bangkung Pitu Reppa Rawo Ale”. But no one know where the giant is now. It has been a long time since the last time he appeared”

At a sudden, there was a hope drawn on every people gathered in the town hall. They felt that the children in the village can be saved and that the fear blanketed the village can be ended soon. Now something that they could do was looking for where the giant is.

Then, after the solution of the problem had been found, the crowed decided to go to their own home. They decided to find the giant in the next day.

Will people in the village find the giant? Will their fear of Nenek Pakande ended soon?
Be patient! It will be told in the part 3!