April 06, 2015
There once was an evil priest who did not fear God or man. His duties for the church included counting the offerings and ringing the bells to summon people to Mass. But his heart was filled with greed, and he began to take advantage of the good people of his parish. The priest stole money out of the offerings to keep for himself, and when he had filled a chest full of gold, he killed a man and buried him with the chest so the murdered man's ghost would guard it. Anyone who tried to dig for the treasure would be devoured by the skeleton of the murdered man. 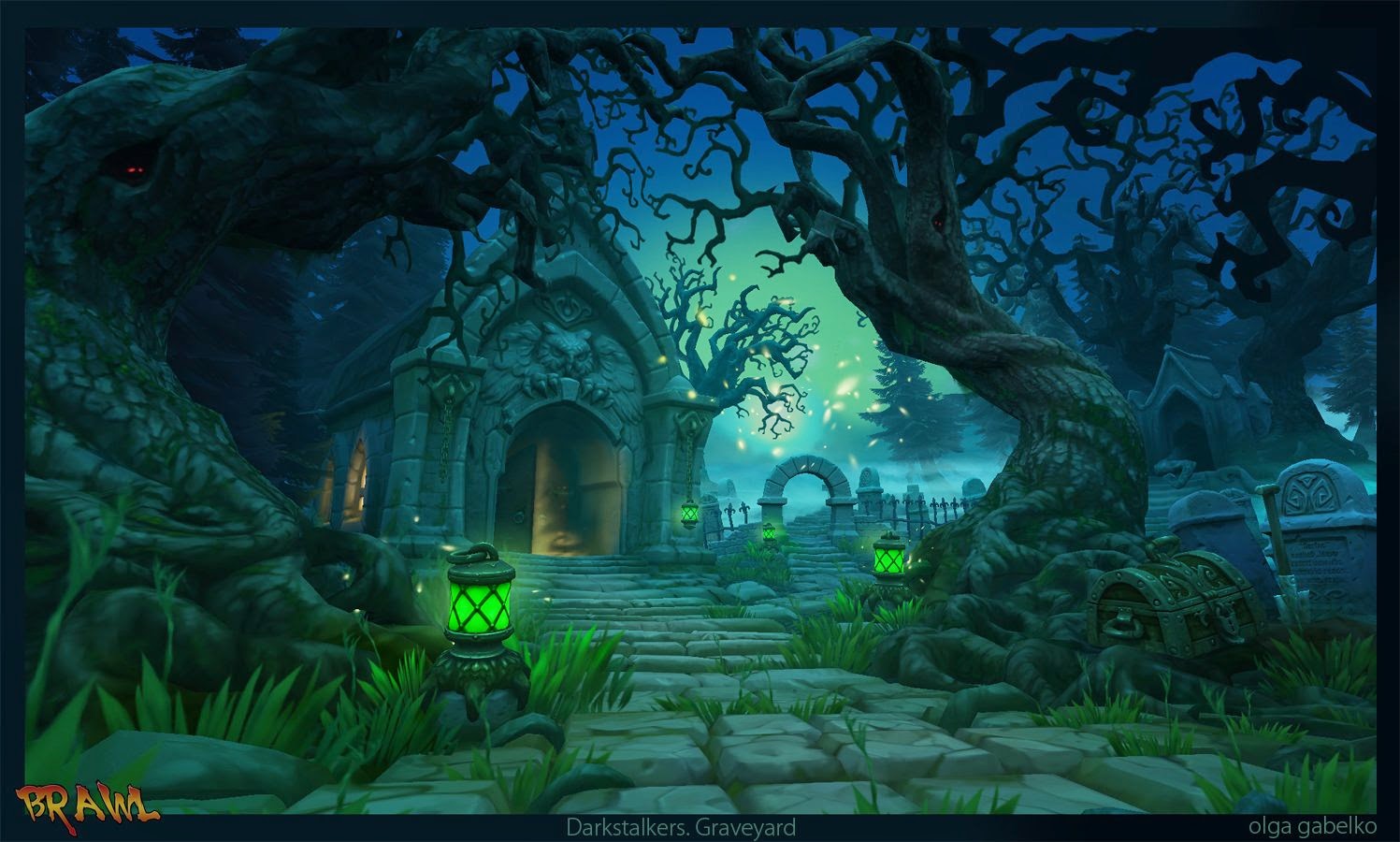 The evil priest planned to return to Spain with his ill-gotten treasure, but he fell ill with a fever a week before his ship was scheduled to leave. On his deathbed, the priest repented of his crime. He swore to his confessor that his soul would not rest until he returned the gold to God. The priest died before he could reveal the place where the treasure was buried. As he gasped out his last breath, he said: "Follow the bells. They will lead you to the treasure."

The Padre who attended the dying priest did not heed his words. But the sweeper who was working in the hallway at the time of the evil priest's death was struck by the notion of buried treasure. He was very poor and wanted a better life for himself and his family, so the sweeper determined to take the treasure for himself. Each night for a week, he took a shovel and dug in the monastery gardens, searching for the priests treasure. He found nothing.

One night the sweeper was awakened from his dreams by the sound of the parish bells ringing out loudly in the darkness. He leapt to his feet, fearing some emergency, and then realized that his wife and children had not stirred in their beds. Remembering the evil priest's last words, the sweeper felt sure that the mysterious ringing of the bells was for his ears alone, to lead him to the treasure. 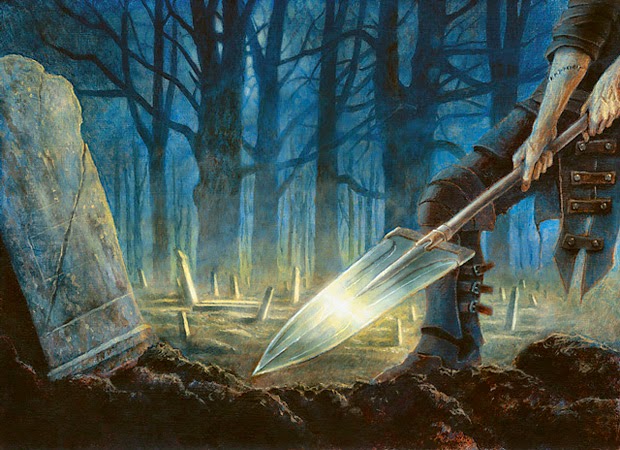 Taking his shovel, the sweeper followed the sound of the church bells up and up into the hills. He was gasping for breath when he reached the source of the sound. He was on a wide ledge overlooking the valley. Two trees guarded the spot, and it was beside these trees that the glowing, ghostly church bells hovered.

Taking his shovel, the poor sweeper dug a deep hole among the roots of the trees. After several moments, his shovel hit something hard! Eagerly, he swept the dirt away from the object and found a small chest. He hauled it out of the ditch with trembling hands, placed it on a rock, and broke the lock with the edge of his shovel. when he opened it, piles of yellow gold met his dazzled eyes. He gathered up a handful of coins, reveling in the weight of so much money. The coins were cool to his touch, and he felt the smoothness of the metal as he rubbed the coins between his fingers. And that was when he heard the moaning...

Looking up, the sweeper saw the skeleton of the murdered man whom the evil priest had buried with the treasure. It was rising out of the pit under the trees, eye sockets glowing with blue flames. "Mine," the skeleton intoned, stretching its bony arms toward the sweeper. "Mine!"

The sweeper screamed in terror and leapt away from the box of treasure, dropping the coins that he held in his hands. He ran down the hill as fast as he could go, the skeleton in hot pursuit. Behind him, the bells began to ring again as he fled for his life from the ledge. 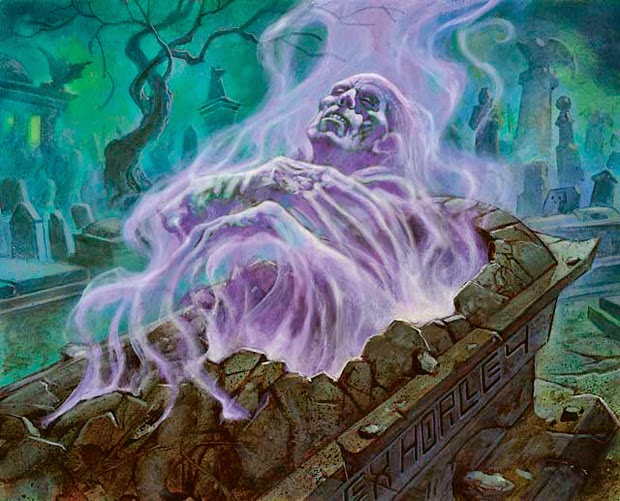 The sweeper kept running long after the sounds of pursuit ceased, and did not stop until he reached his home. It was only then that he realized he had left his shovel back with the buried treasure on top of the hill. it was an expensive shovel and he could not afford to lose it.

Waiting until daylight, the sweeper went reluctantly back up into the hills to retrieve it. When he reached the ledge, there was no sign of the skeleton, the chest of money, or the hole he had dug the night before. He found his shovel at the top of a tall tree whose first branches began nearly twenty feet above his head. The skeleton must have placed it there after it chased him down the hill, he decided grimly, knowing that there was no way he could retrieve it.

Turning sadly away, the sweeper's eye was caught by a gleam in the bushes near the rock where he had placed the treasure chest the night before. Carefully, keeping his eye on the place where the skeleton lay buried, the sweeper felt around the rock until his hand closed on two gold coins that the ghost had missed. Casually he put the coins in his pocket and hurried from the ledge. When he got home, the sweeper put the coins into a sock and hid it under the floorboard for safekeeping.
.
The sweeper never went back to the ledge to retrieve the evil priest's buried treasure, though sometimes he was still awakened by the mysterious sound of the bells. He knew it would take someone more pious than himself to banish the ghost of the murdered man and reclaim the money for God. But he did use the gold coins to send his eldest son to school, and with the left-over change, he bought himself a new shovel.