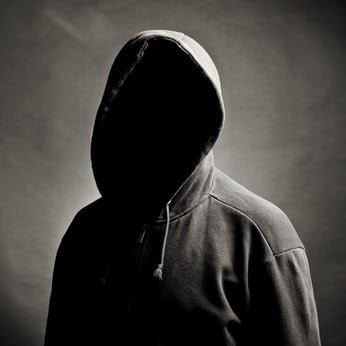 After 12 hours being turned off, the phone was turned on. The job I was doing was finnaly done at night. I got much free time when I didn’t do my job. Then I looked around at the kosan and at the second floor. I saw that Adi and Gani had already been in their own room. Then both of us came to Adi’s roo to have a little chat. Yes, a little chat was a commonly activity that Indonesia students do in their free time. We love chatting

While we were in the middle of our chatting, my phone that I had turned on before was ringing again. I took a glance on its screen. New number was calling as I saw. Then I cut off the chat and pick up the call.

Caller: I am Monika

Damn!!!! What the hell is it?  I then immediately cut off the call. What was going on? That was the first thing that came up to my mind after hearing what the caller said to me. Seeing a panic on my face, Adi asked me what was going on.

Adi: Who call you?

Me: I don’t know. She have been calling me since yeaterday. Over and over again

Adi: She is maybe your secret admirer. Hahaha

Then, the incoming call notification appeared on my phone, and that was the same number that called a few minute ago. Then I pressed the red button on my phone. Ten second after that, the number called me again, then I rejected.

Knowing what I was doing, Adi and Gani put some joke on me. They said that the caller must be my secret admire that love me so much. Well, I didn’t care about those joke actually, I just concerned about who in hell the caller is. The I put away my phone and I can still see that incoming call still appeared on the screen.

Then while there was incoming call on my phone, Adi’s phone which laid on the top of a table also rang. And so did Gani’s phone that he put on his sack, it also rang too. We then looked each other. What a coincidence to have a call at the same time.  I then looked at the Adi’s phone scree.

“What?” Adi was shocked and he then took my phone and he saw my screen.

Adi’s mouth was opened as he knew that the number calling him and me was the same. Then Gani, take both our phone. And he cried hysterically.

“Guys, look what happened” then he put our phones together in the floor.

“What the hell is going on” Adi and I said almost together.

Then, three of us were frightened. We were scared, how can one number call three phones in the same times. Gani made bold of himself and he picked up the call. He then aske who the caller was. Then, his mimic became so weird, like a someone that was scared to death.
He said “It is Monika”

“Monica who, are you my friend” Said Gani

“I am Monika: The caller said again

“Stopped it, it is not funny” yelled Gani

He then cut of the phone and threw it on the floor. We gathered around at one point in the room. We were silent. We tried to make up our mind and figure out what is happening. Then
“Ringggggggggggggg!!!!!!!!!!!!!”

The call came again and it called three of our phones. We then rushed ourselves to take the phone. We rejected the call. It popped up again, and we rejected it. It called again, and we rejected it. It finally got us annoyed. We then decided to turn off the phone until the day after. Fortunately, the terror of the call didn’t show up again. But something that left me a question is how one number can call three different phones at the same time. And also, how can they got our number. If the caller was Adi’s or Gani’s  friend how  he/she can get my number while I didn’t know Adi’s or Gani’s friends neither did Adi’s or Gani’s friends know me.

After that night, I turned off the phne, and there was no incoming call. I felt so relieved. Alas, according to Gani and Adi, they said that they had the mysterious incoming call for two nights. And everytime the number called, it called Adi and Gani at the same time.