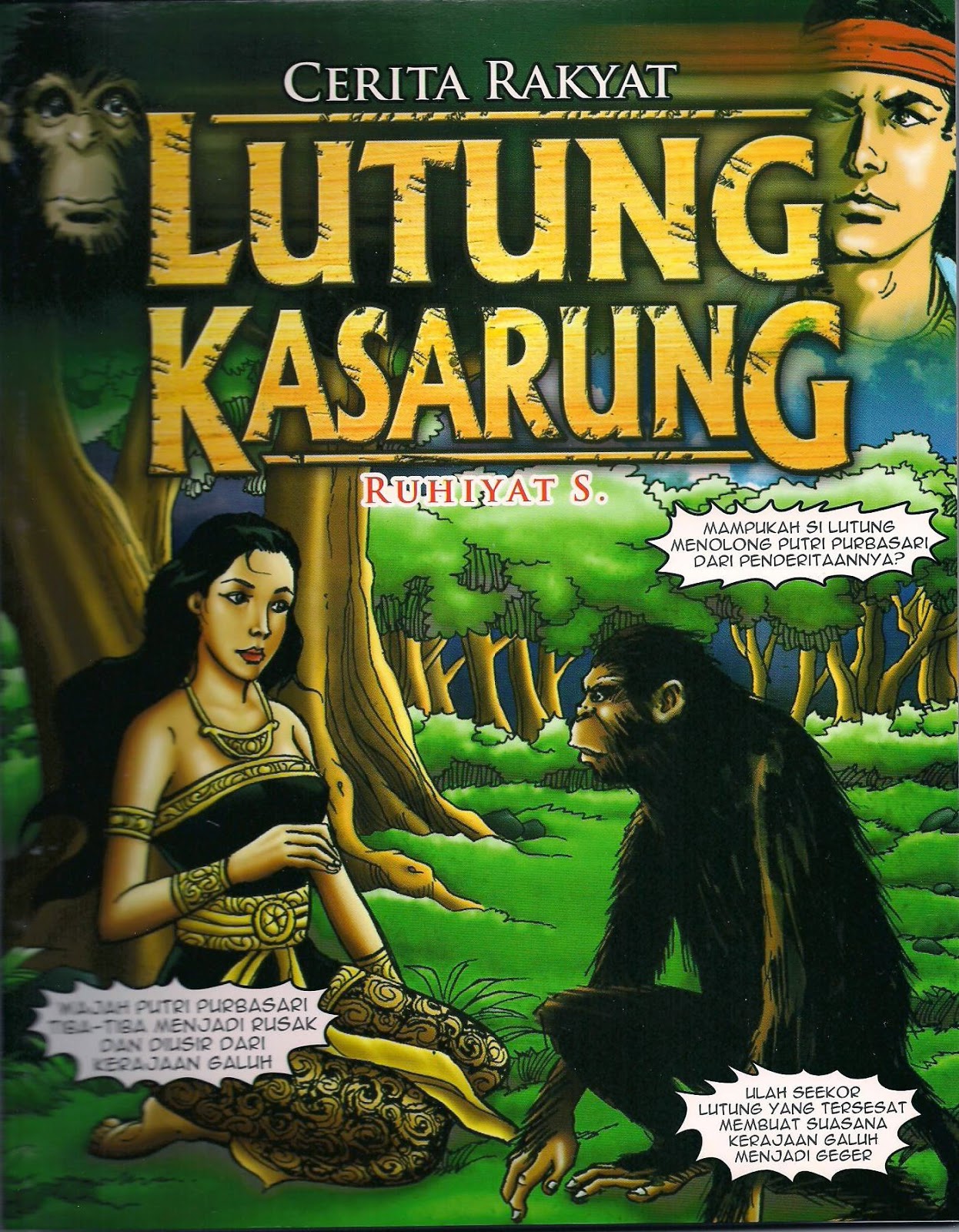 Then, wind blew Purbasari hair. Purbasari turned her back and she saw seven beautiful angels were ready to help her. Magically, they did the cooking was so fast and Purbasari’s cooking was done earlier than Purbaarang’s. After testing the food, the judges then announced that the taste of Purbasari’s food was way better and more delicious. So that, the winner for the first competition was Purbasari.

“Hey you Purbasari! Don’t be silent. Come on, remove your hair bun! I am sure you can’t beat my hair length!” screamed Purbaarang

Purbasari felt so sorry for herself because what her sister said was true. She knew that her hair length was only until her back.

“Tung! I know that I will be beaten this time! I have shorter hair. My hair is only until my back while hers was until her legs.” Answered Purbasari

“Calm Down Purbasari! I will call the angels again to give you a hair extension” said Lutung

Then, Lutung Kasarung did the same as he didi on the first game. He called the angels. After being a sign by Lutung, Purbasari removed her hair bun and magically, her hair length was now until her feet. And it was really black, thick and smooth like a silk. Purbaarang was so embarrassed because what she just screamed to her sister was wrong. She knew that her sister was the winner all of the game, and her sister was getting closer to be the kingdom’s queen. Not wanting to surrender so quickly, Purbaarang then begged her father to hold one more competition.

The king hesitated about what his eldest sister said and promised. It was because Purbasari didn’t have a fiancé that time. How can she win a “who had a more handsome fiancé” if she didn’t have any fiancé. Moreover, for that time, there was no one in the country that ore handsome than Indrajaya. Indrajaya was the most handsome man in the country. Unexpectedly, Purbasari said to the king that she was ready for the game and she insisted to join it. The king cannot do anything but said yes to his daughters’ request.

The game was on. Purbaarang held the Indrajaya’s hand and same to the arena.

“Behold people! I have the most handsome man with me now. You should see how handsome he is. There is no one that have more handsome face than his! I will be the queen and he will be my king!” screamed Purbaarang proudly because she was sure that now she would win the game and became the queen.

All people that watching the game realized that what Purbaarang said was true. There is no man in the country that was more handsome than Indrajaya. The people was sure that Purbaarang would win the game this time. Meanwhile, Purbasari also walked to the arena. Weirdly, she held Lutung Kasarung’s hand. She held an ape’s hand.

“Behold my people! This is my fiancé. His name is Lutung Kasarung” Said Purbasari. All people cannot believe what he just saw and heard. They all were shocked.

“Hey my sister, how can you declare yourself to have a fiancé that is an ape. He was so ugly.” Mocked Purbaarang

All people now was shocked again as the ape that they just saw was actually a handsome strong man. Then, because Guruminda was more handsome than Indrajaya, the winner of the game was Purbasari. Purbaarang cannot believe what she just saw, and also it was impossible for her to against the decision declaring Purbasari to be the queen.

Now, Purbaarang was afraid. Because she had promised that she was ready to punish when she was lost in the game. Fortunately, the wise and kind-hearted new queen who was Purbasari gave her mercy. She didn’t punish her sister and even let her sister to still stay in the palace. Since then, the life of the palace was running well as the palace now was ruled by wise, skilled, kind-hearted queen, Purbasari.